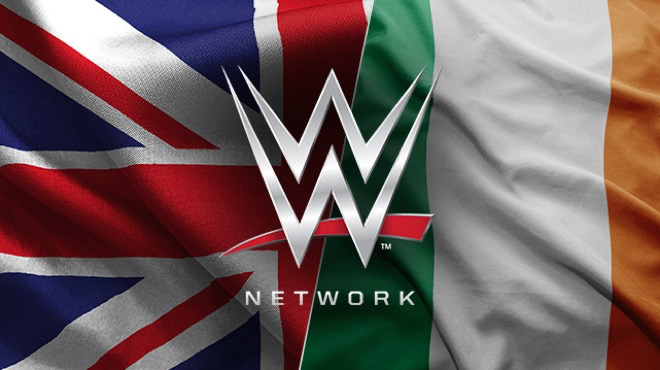 Finally the WWE network will be launching for UK and Ireland viewers starting January 19th.  This will be the third time we’ve been promised the launch of the on line, on demand WWE network so here’s keeping those fingers crossed.

It’s an interesting prospect of being able to get all of the WWE programming, from ECW, WCW and much more along with all pay per views for just £9.99 a month so it makes you wonder if what CM Punk Said In his Podcast that pay per view figures were falling rapidly enough for Vince  to launch his own network. Pay per views represented a huge bonus in the lives of the WWE superstars so whats going to happen so that those stars are renumerated properly?

With the average PPV hitting £15 in the Uk for sky one wonders what sort of deal was reached for Sky to agree to this.

Anyways the Royal Rumble will be with us and the ultimate Yes Man, Brian Daniels, is rumoured to be making a comeback so that’s going to be worth £9.99 in itself.

But if you want some real entertainment in the world of wrestling, go check out ECW One Night stand, grab a beer and watch one of the best PPV’s ever! 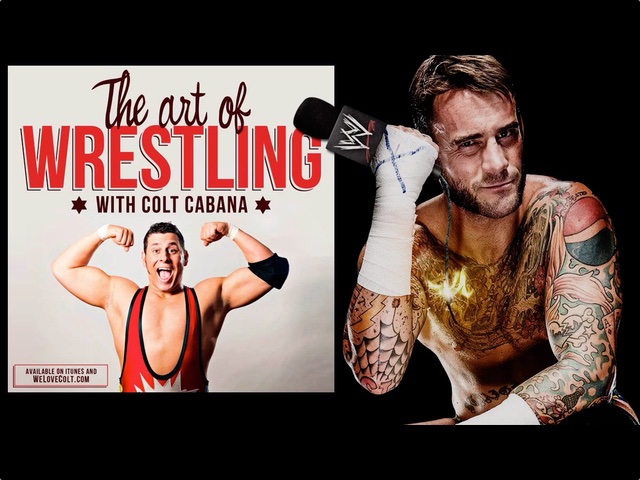 There haven’t been many podcasts that I’ve listened back to straight away but Colt Cobbana’s interview with ex WWE Legend CM Punk made me do just that.  Right after the first listen I went straight back to the start for another listen.

END_OF_DOCUMENT_TOKEN_TO_BE_REPLACED 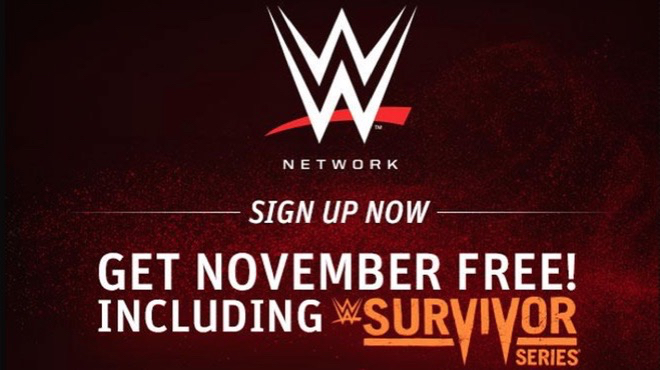 The WWE Network will finally launch in the UK at 8pm tonight (November 3).  It’s thought that Sky were behind the delays as they just signed up to 2018 to show WWE programming on the sky network. WWE Network On Apple TV . Oh No It Didnt

END_OF_DOCUMENT_TOKEN_TO_BE_REPLACED 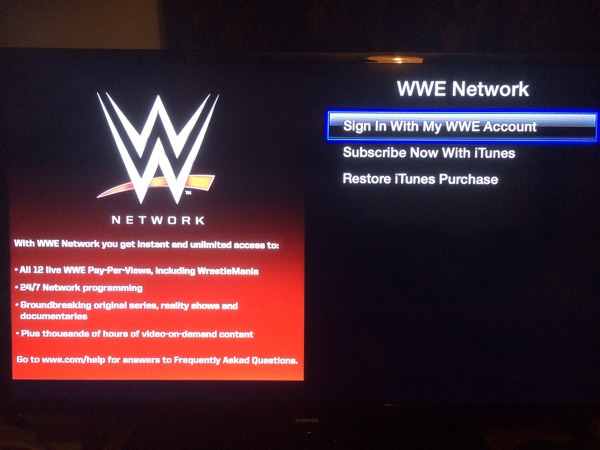 So what do you actually get for your $60 subscription for six months. Well pretty much everything you would get and more from your cable provider. Of course be wary for signing up as when you do it will automatically renew every six months unless you want to when your preference is turned off at least 24 hours before the end of the current subscription period.

So how am I able to access WWE TV from the UK?

It’s all thanks to our friends at UnoTelly or HideIPVPN who make your internet connection look like it’s in the USA. Facebooks isn;t the best place to get rumours confirmed yet a spokesman from the WWE has seemingly confirmed that come February 24th, 24 / 7 WWE will be available on the Apple TV.