Radium 3 is out now, just buy it if you like listening to radio on your mac. Not convinced, how about more features and impressive boast of improvements over that of its predecessor.  Go and buy it.. Still not convinced? It’s brilliant, lightweight, constantly updated and supported with passion. Radium 3 is the best.  Go buy it now…  If only I could do all reviews as easily but here’s our review of Radium from CatPig Studios.

For months I’ve been part of a secret select few who have been beta testing a new version of Radium. Radium 2 was great, more than capable of finding even the most hard to track down radio stations. Although I’m under NDA about what bugs have been squished I can assure you that plenty have been nailed on the head, even those really small one-off” it could only happen to me” types. Note I’m NOT saying Radium was a bug fest at all. It is a bloody good app but everything can be refined and Radium is no exception 😀 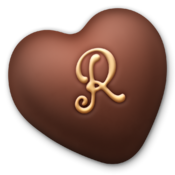 Coming in at a Paltry 9.3mb download from either the App store or a direct download, Radium’s lightweight and optimised feel makes it quite unobtrusive to your system once installed. There’s no icon down on the dock but only a heart that appears up on the menu bar.

That’s it for cosmetics, there isn’t even an icon to bounce up and down in the dock to let you know whats going on .  Instead everything is controlled via the notification center instead, leaving your dock bar uncluttered with Radium’s icon showing you some love with its little heart up in the menu bar.

Anyone who’s used spotlight will know how to search for a station. Typing in a station starts the auto selection process that narrows down the more you type. As long as you have a vague idea of the station you have in mind you’ll find it.

Yet another neat feature is when you hover over the radio station. If stream data is present you’ll be treated to that information which neatly scrolls when you mouse over

You might find a gem of a station and feel the need to share with friends, colleagues etc.  If they have Radium things are made simple.  The all too familiar sharing icon let’s you copy the Tune-In Link to easily send to a friend.  Of course there’s the defacto standard Tweet alongside Loving on Last.Fm

Keeping with the heart theme if you want to save that station because you “love” it (tenuous I know) a click on the hearts next to the stations name will add to the favourites.

And once it’s favoured, a hover over Radium’s menu bar icon will show you the stations you like. Another new feature in this release is the use of icons to find the type of music the station plays. Those 2 buttons do exactly as they state, taking you to the album of the track you’re listening to or, as another neat feature, adding to a wish list.  Being able to instantly wish list a track means no more taking out my iPhone, running shazam or soundhoud, wait for the load, wait for the recognising to be done and then finding out what I was listening to.  It’s not  heard to see just how handy a wish list feature comes in.

Under The Hood Of Radium 3 (Preferences)

Like many apps I tend to recommend, Radiums strengths lie in its simplicity and non cluttering menu options.  With nothing much really to tinker with, here you can assign hotkeys or delve a bit deeper into the app customisation. Notification settings will let you see the station presently being listened to or the song details in that standard notification format, giving Radium 3 a more integrated feel.  Growl is still supported as well.

A new timeshift / catch up from where you left off feature makes an appearance.  If you want to you can have Radium to continue buffering in the background, keeping up to 15 minutes of music ready, handy if you’re in the middle of a song and get interrupted, or you can have the pause button stop the music

There are a wealth of stations out there casting out for free and Radium caters for them along side paid services like SirusXM and premium content channels over at Digitially Imported.  This means you keep your browser clutter free and pop up free which some radio players want to do out of the box. Lets face it we are in a world where somehow people are outraged at paying anything more than 99c for an app / program.  The support provided with Radium 3 is worth the apps price alone.

Suddenly the cost of an app disappears when you e-mail support for even the smallest of issues and they get back to you in good timing, disappears. Not that I actually needed to e-mail them more than once. To be fair it was the stream coming from the station which was having issues but that didn’t stop CatPig Studios going out of their way to help.[/one_half_last]

Just in case you missed it, I love Radium 3 and hopefully you will to, even more so because Radium 3 is 50% off right now over at the Mac App Store.  Their 50% OFF INTRODUCTORY SALE! ends on February 19th.  At the full price it’s still more than worth it’s weight in gold for reliability, how lightweight it is and the fanatical support.

Radium 3 – CatPig Studios If you aren’t convinced it’s a great radio player for your Mac, my review isn’t good enough.