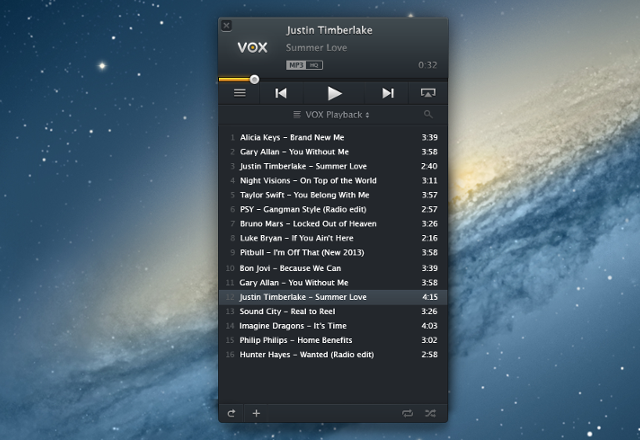 Creating the best possible user experience is the goal of most successful smartphone apps. And if you’re running a small business, chances are you do a lot of your business while mobile. Your phone is practically your office as you manage files, payments and expenses. Free or inexpensive apps help get the work done and keep your organized and focused. Entrepreneurs, make use of these often free tools that help businesses grow and run smoother.

END_OF_DOCUMENT_TOKEN_TO_BE_REPLACED 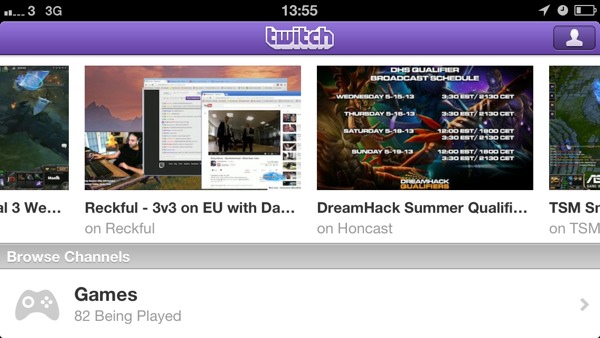 The online gaming juggernaut Twitch.Tv releases a new version of it’s popular but often broken iOS app. There’s the usual “bug fixes” but in an odd move they’ve removed search and limited the amount of watchable streams to 300.

END_OF_DOCUMENT_TOKEN_TO_BE_REPLACED 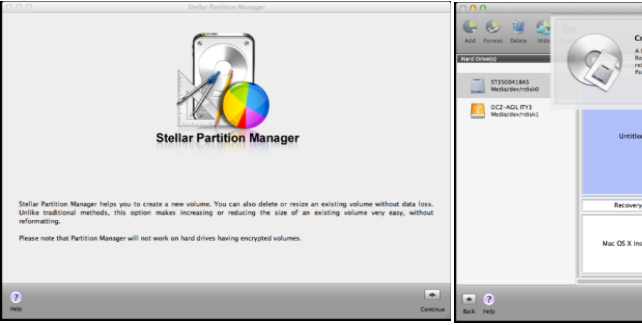 If you’ve used a computer for any length of time you’ll be familiar with partition sizes, partition types during the setup phase but what about later on down the line? I’ve done it myself being overcautious or forgetting to create a spare one just for data.  And so the search for Mac Partition manager brings us nicely onto this review.

END_OF_DOCUMENT_TOKEN_TO_BE_REPLACED

Sweetness personified. Xcom has made it to the Mac. Available through the XCOM: Enemy Unknown – Elite Edition contains bonus material those other systems didn’t get at launch.

END_OF_DOCUMENT_TOKEN_TO_BE_REPLACED 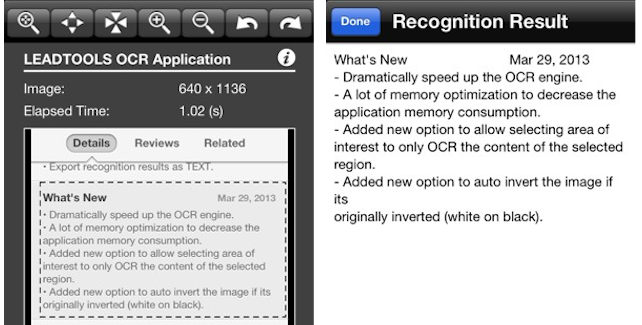 OCR is a handy tool to have in the reviewers arsenal. Leadtools OCR tools is a handy way to grab text from an image, screen cap or anything so you don’t have to re type what’s already been typed. A valuable timesaver in so many way but only if it works (hence this review). Similar ocr app use online recognition processing, sending the image off and then emailing results. Lead tools does it all offline, prompting me to download an app with no App Store reviews.

END_OF_DOCUMENT_TOKEN_TO_BE_REPLACED 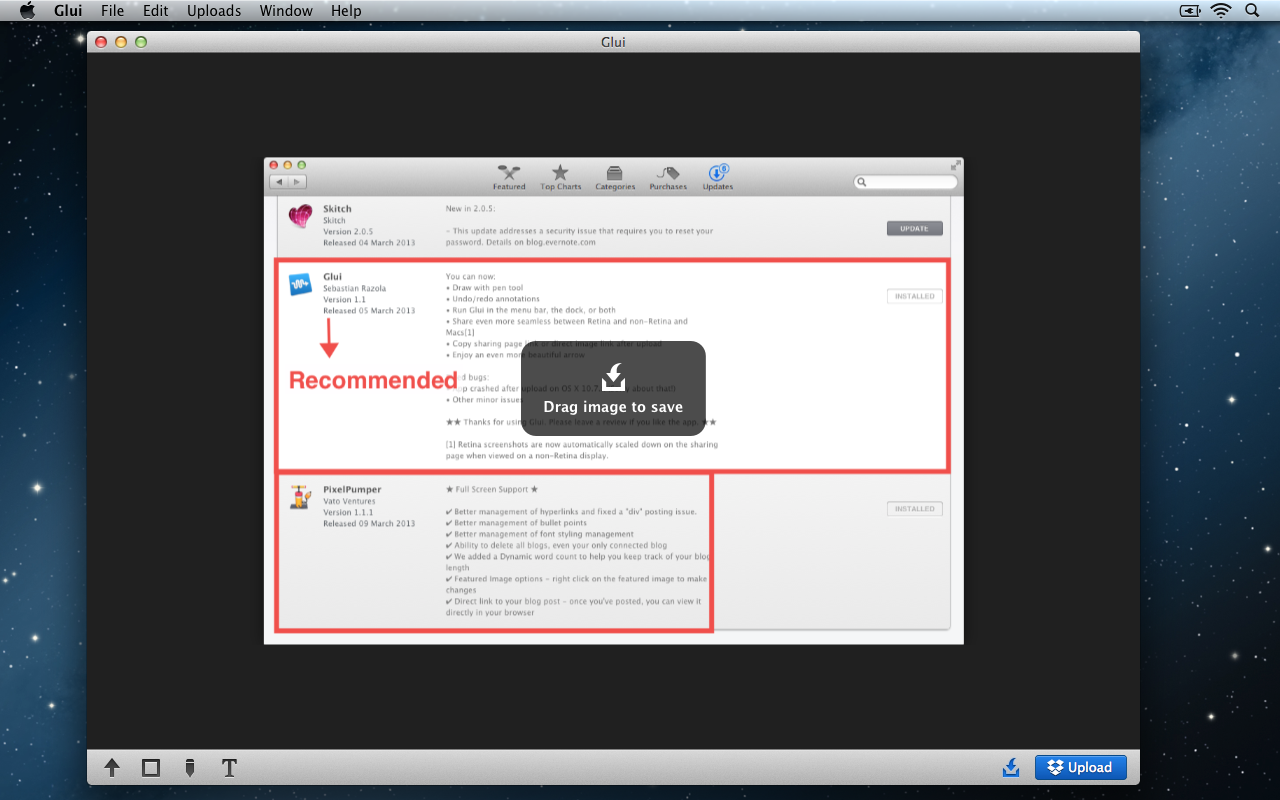 Skitch used to be the go to app if you wanted to share a screen capture. Now it’s part of evernote with more added features this has unfortunately meant more steps to quickly and snap and share. Now there’s a new contender to the capture and share arena, Glui, instant screen captures and sharing with nothing but of ease of use in mind.

END_OF_DOCUMENT_TOKEN_TO_BE_REPLACED 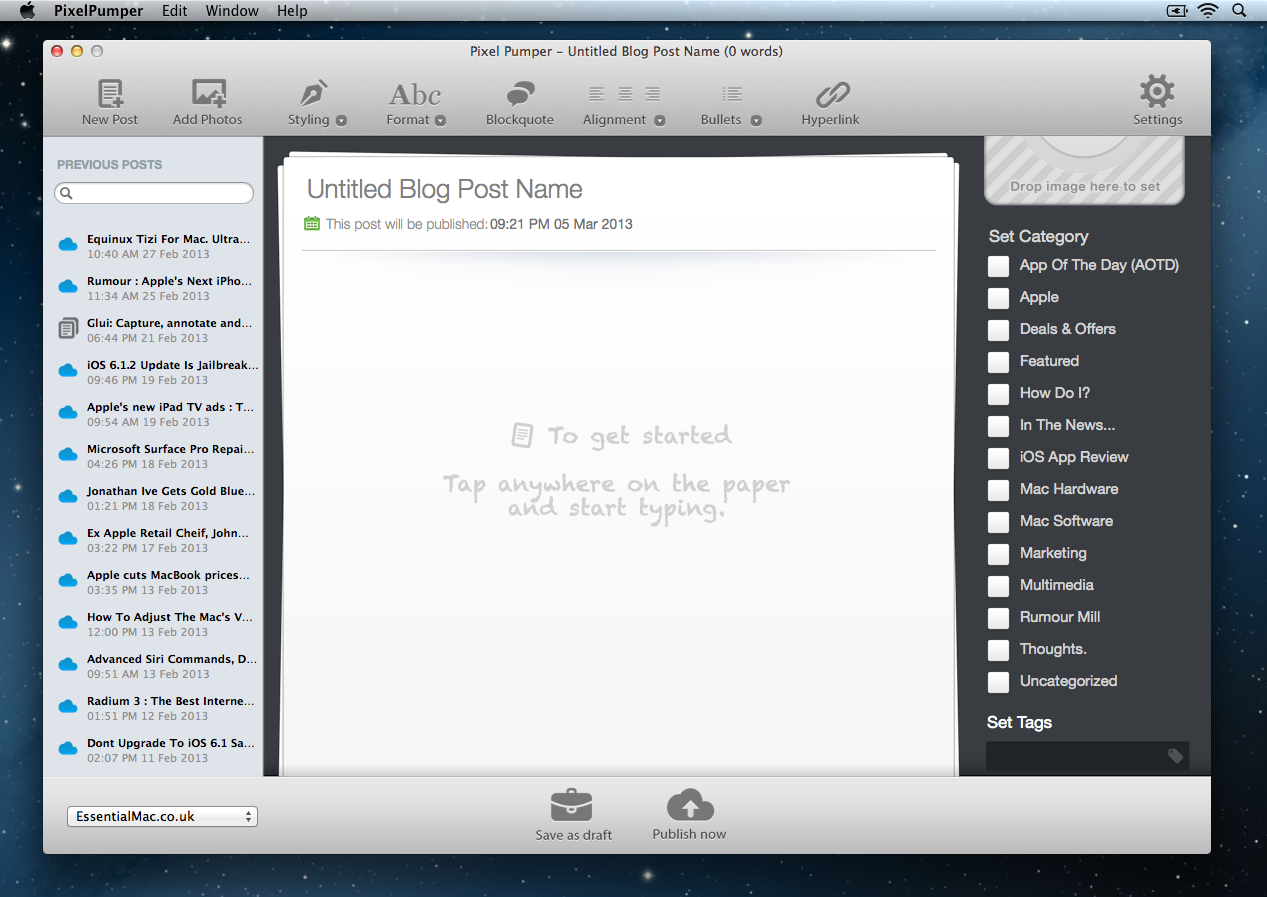 Sadly it seems that PixelPumper is no more. The once goto app for editing wordpress blogs on your mac looks all but dead. No app update since 24 July 2013, a dead website and unanswered emails. A true shame as it had so much promise.

END_OF_DOCUMENT_TOKEN_TO_BE_REPLACED 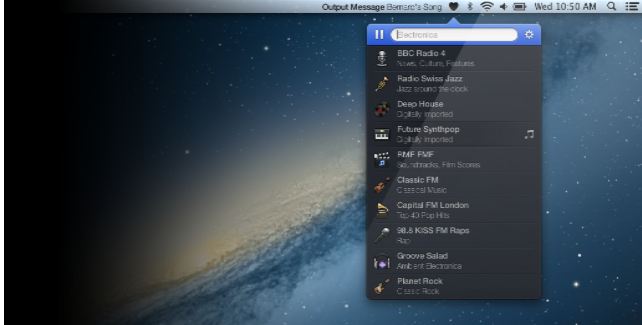 Radium 3 is out now, just buy it if you like listening to radio on your mac. Not convinced, how about more features and impressive boast of improvements over that of its predecessor.  Go and buy it.. Still not convinced? It’s brilliant, lightweight, constantly updated and supported with passion. Radium 3 is the best.  Go buy it now…  If only I could do all reviews as easily but here’s our review of Radium from CatPig Studios.

END_OF_DOCUMENT_TOKEN_TO_BE_REPLACED 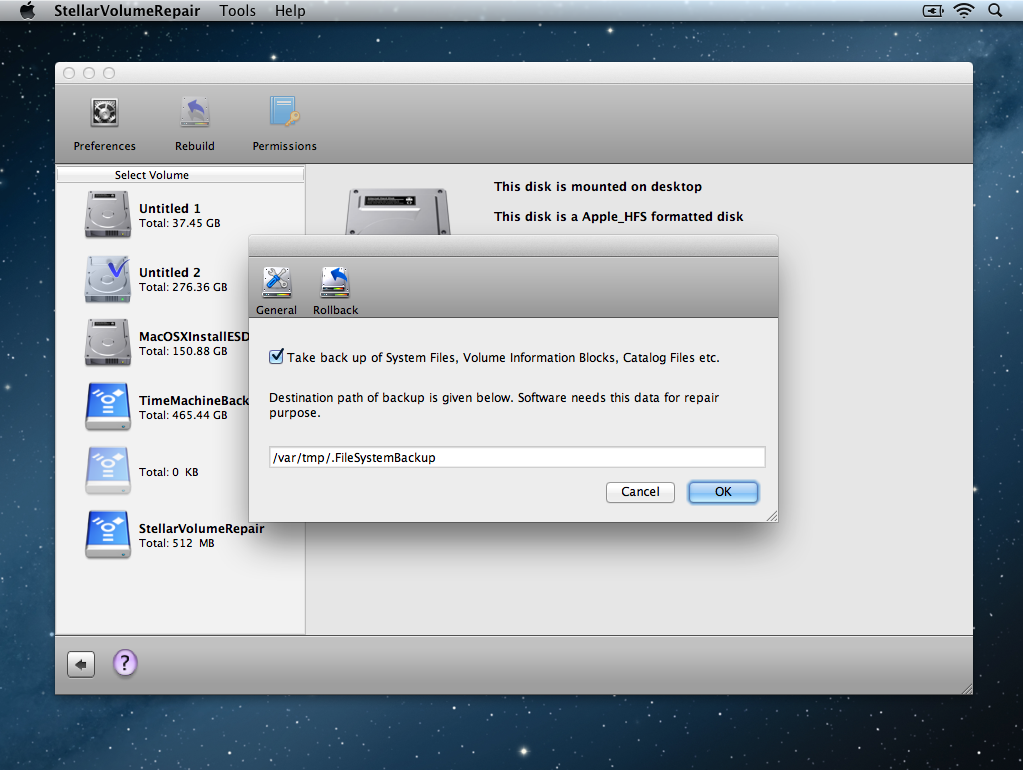 There comes a time in a mac owners life when you have to deal with a hard disk failure or at least some corruption due to an improper shutdown like if there’s a power cut or accidental unplugging.  Apple’s Disk Utility is fine for the basics but when you need something that delves a touch deeper and sorts out more than just basic disk permissions, Stellar Software’s Mac Volume Repair comes to the rescue.

END_OF_DOCUMENT_TOKEN_TO_BE_REPLACED 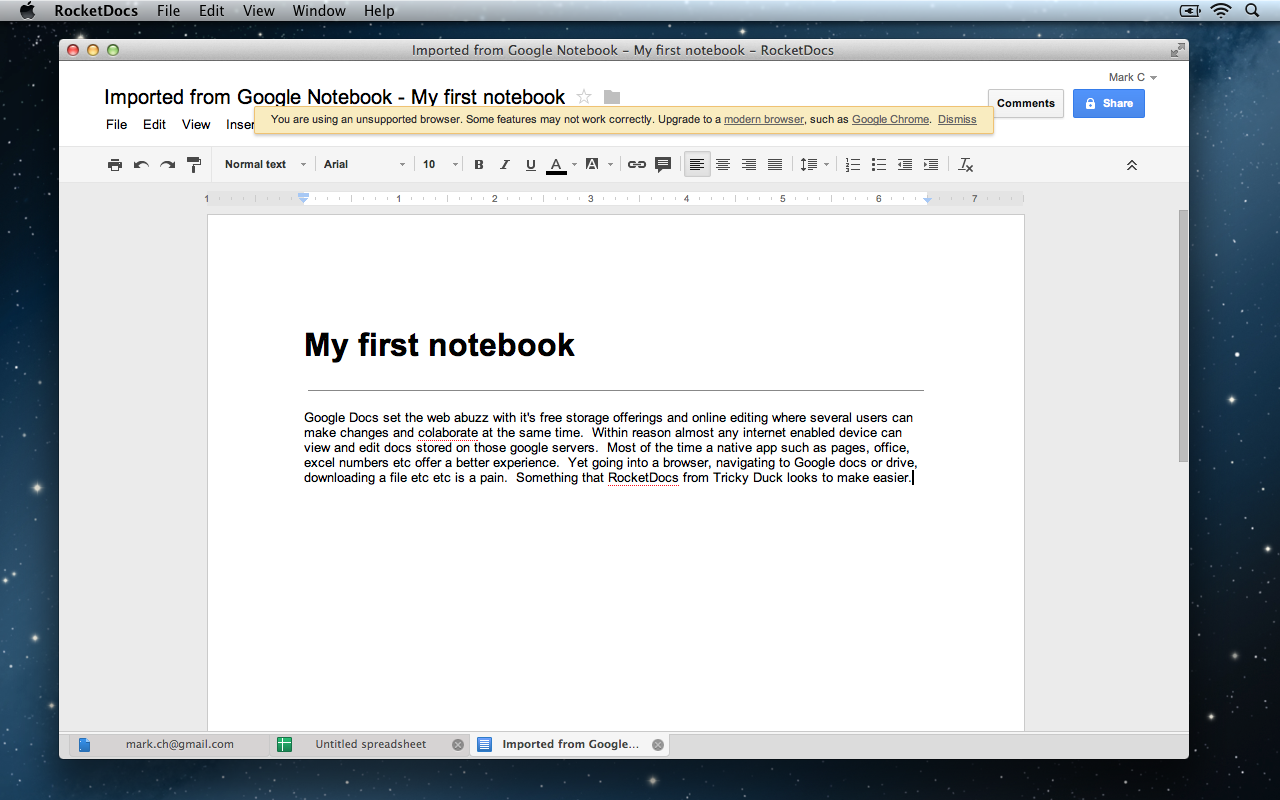 Google Docs set the web abuzz with it’s free storage offerings and online editing facilities, allowing several users can make changes and collaborate at the same time.  Rocket Docs improves on your Google Drive and Docs experience by keeping things together in it’s own application pane.

END_OF_DOCUMENT_TOKEN_TO_BE_REPLACED 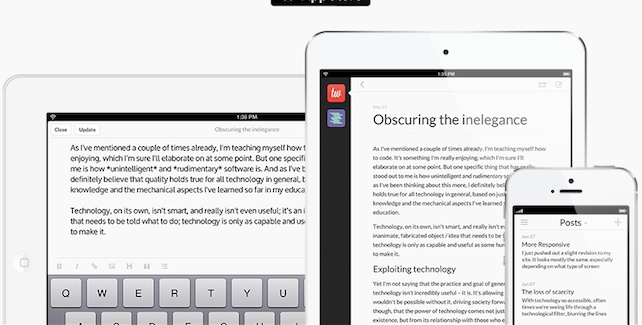 We took a look at Poster, the WordPress Blogging App a short while back and it instantly became our go to app for posting updates. Today Poster becomes Poster 2.0 with a bevvy of fixes and newly released functionality.

END_OF_DOCUMENT_TOKEN_TO_BE_REPLACED 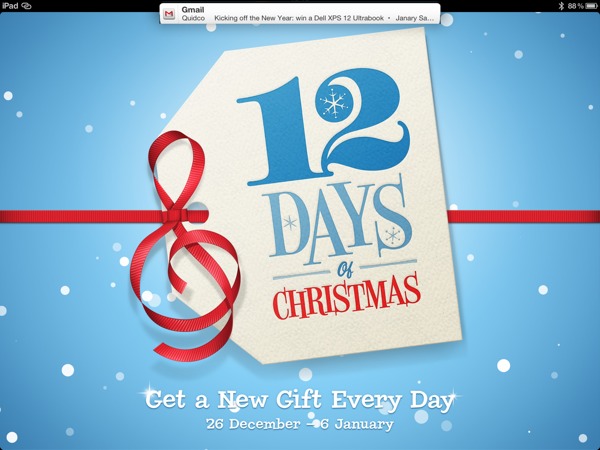 Apple’s 12 days of Christmas free movies, apps and other offerings to those of us with iOS devices. To get your daily freebie all you need to do is grab the app from the

and I’d recommend leaving on push notifications to get alerted when the next freebie lands.

Day 2 : Score! Classic Goals – First Touch
Have you got what it takes to score the match winning goal? Recreate your favourite goals from the past 4 decades in this unique football based puzzle game! Football fan or not, this app will keep you entertained for hours!

Day 3 : A Study In Pink – Sherlock, Series 1
A woman in pink lies dead in a derelict house. She is the fourth in a series of seemingly impossible suicides. DI Lestrade is the best Scotland Yard has got, but even he knows that there’s only one man who can help. Elsewhere in London, a war hero, invalided home from Afghanistan, meets a strange but charismatic genius who is looking for a flatmate; Dr John Watson and Sherlock Holmes are meeting for the first time.

Day 4 : Rachel’s Holiday – Marian Keyes
Here’s Rachel Walsh, twenty-seven and the miserable owner of size 8 feet. She has regular congress with Luke Costello, a man who wears his leather trousers tight. And she’s fond – some might say too fond – of recreational drugs. Until she finds herself being frogmarched to the Cloisters – Dublin’s answer to the Betty Ford Clinic. She’s outraged. Surely she’s not thin enough to be an addict? Heartsick and Luke-sick, she seeks redemption in the shape of Chris, a Man with a Past. A man who might be more trouble than he’s worth.

Day 5 : iTunes Festival 2012: Holiday Gift – Single – Ed Sheeran
Flame-haired singer/songwriter, beatboxer, and guitarist Ed Sheeran’s eclectic blend of acoustic pop, folk, and hip-hop has been championed by everyone from the underground grime scene to American Oscar winners. Born in Halifax, West Yorkshire, England in 1991, Sheeran released his first EP, The Orange Room, while still at school, and his first two albums, his self-titled debut and Want Some, by the age of 16.

ay 6 : Sonic Jump™ – SEGA The original platform jumper is back as Sonic leaps up an all new vertically challenging adventure in stunning HD graphics!  Play as Sonic or his friends leaping through familiar and new Sonic worlds to battle Dr. Eggman, as you tilt and tap your way through fixed Story levels and Arcade infinite modes. Available for iPhone®, iPod® touch, iPad® and iPad® mini – take to the sky!

Day 8 : The Pillars of the Earth – Ken Follett
The Pillars of the Earth tells the story of Philip, prior of Kingsbridge, a devout and resourceful monk driven to build the greatest Gothic cathedral the world has known . . . of Tom, the mason who becomes his architect – a man divided in his soul . . . of the beautiful, elusive Lady Aliena, haunted by a secret shame . . . and of a struggle between good and evil that will turn church against state, and brother against brother.

Day 9 : The xxmas -EP – The xx
Atmospheric English indie pop group the xx formed in London in 2008 around the talents of Romy Madley Croft, Oliver Sim, Baria Qureshi, and Jamie Smith, when the bandmembers were still in high school. Captivating and cool, the group cites influences that run the gamut from R&B (Aaliyah and Rihanna) to classic alternative rock (the Cure and the Pixies).

END_OF_DOCUMENT_TOKEN_TO_BE_REPLACED 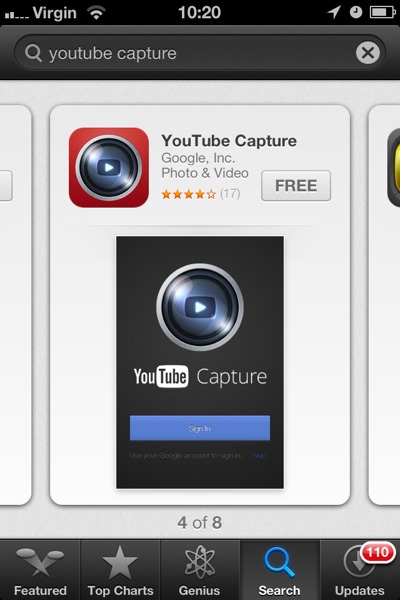 You’d be easily forgiven for the initial excitement to think an app called YouTube capture would let you save / rip videos from Youtube for later viewing. YouTube Capture is a video recording app with built in features you’d expect to find in the likes of iMovie.

END_OF_DOCUMENT_TOKEN_TO_BE_REPLACED 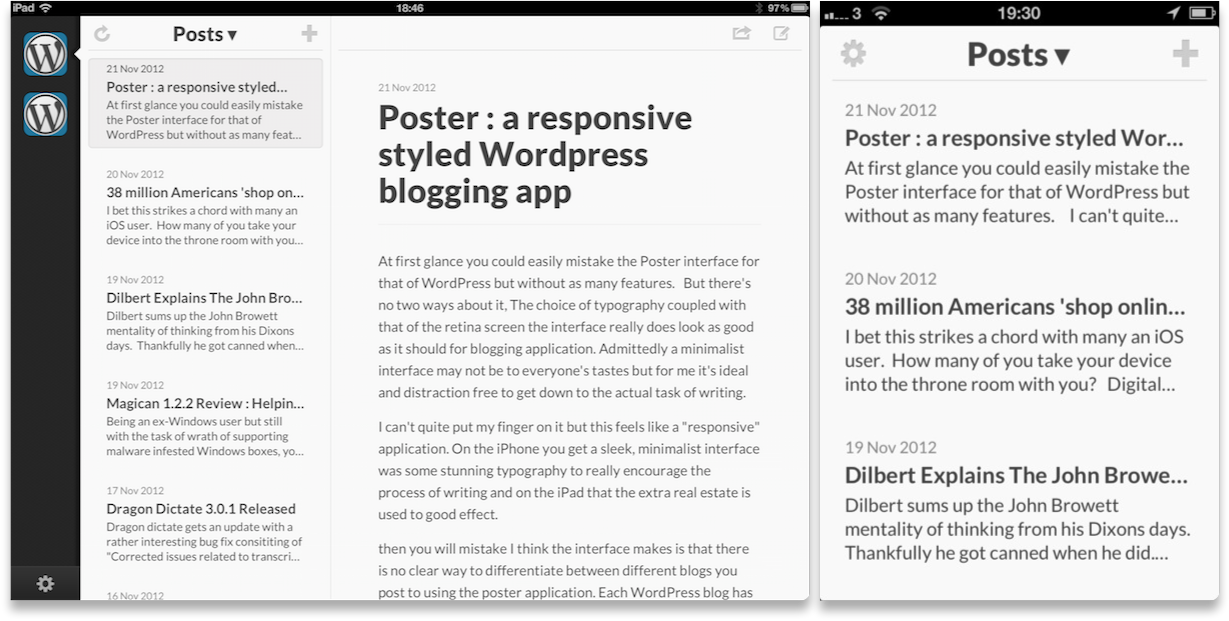 Poster is a wordpress blogging app that’s taken the best bits of using whitespace and typography to create an environment that encourages you to put works on the screen as they look so damn good.  Hiding away all the distractions Poster let’s you concentrate on the important take of writing like those popular minimalist ones on the App Store

END_OF_DOCUMENT_TOKEN_TO_BE_REPLACED 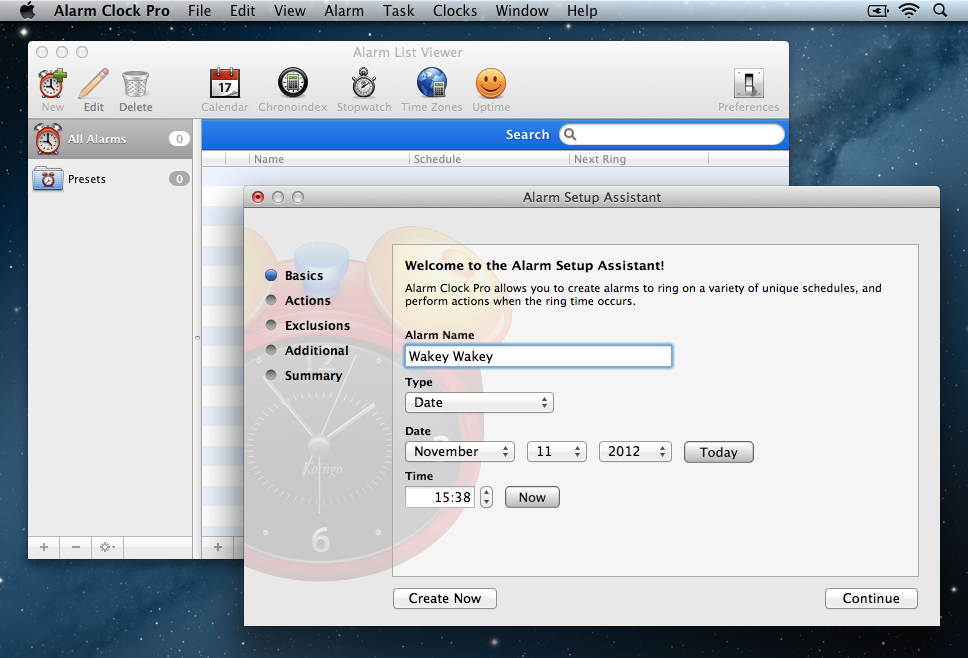 Bless this iMac, it’s barely ever turned off and spends most of it’s night time in sleep mode rather than being turned. This has meant for a while now I’ve wanted an Alarm clock to wake up my Mac, run a few apps and have everything ready, bar the mornings cup of tea, for me when I get to my desk. Alarm clock pro suceeds in being a basic alarm with a lot, LOT more.