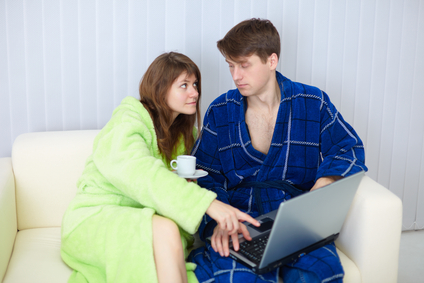 Woe is we, us pitiful few Mac gamers, who must bear the brunt of both our hipster cousins who use MacBook Pros to listen to obscure music and our Windows cousins who believe an NVidia card gives them a sense of superiority (we’re not sure why). It’s bad enough that Steam only recently added “BioShock Infinite” to their Mac Games catalog…9 months after the game was released. But when you add a PC girlfriend to the mix, then you get some serious #MacGamerProblems.

END_OF_DOCUMENT_TOKEN_TO_BE_REPLACED 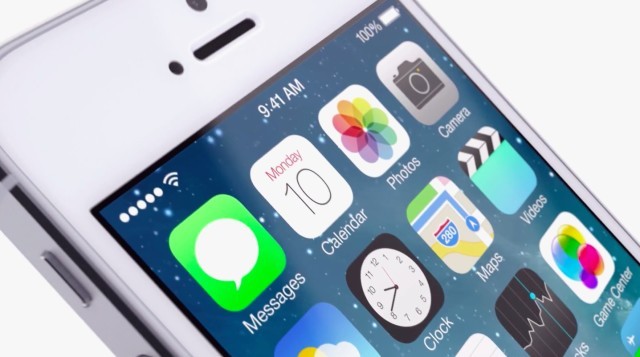 How Apple’s servers are coping with the traffic they must be dealing with right now is anyones guess but that’s not stopped them releasing iOS 7.03 which deals with that iMessage bug and some new features.

END_OF_DOCUMENT_TOKEN_TO_BE_REPLACED 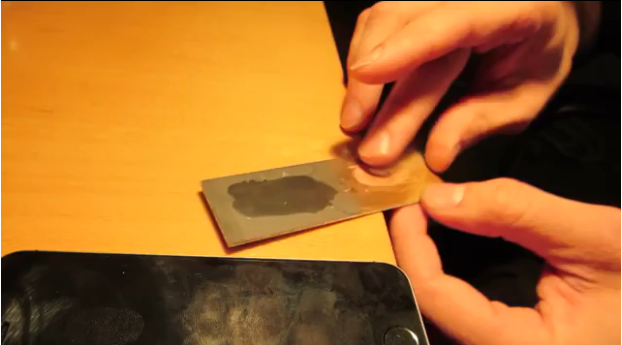 For most Apple’s Touch ID is more a convenient way of accessing your iPhone without the need for entering a password, a password system that had issues at times. now Chaos Computer Club – a Germany-based group of computer hackers – claims to have fooled Apple’s Touch ID fingerprint technology

END_OF_DOCUMENT_TOKEN_TO_BE_REPLACED 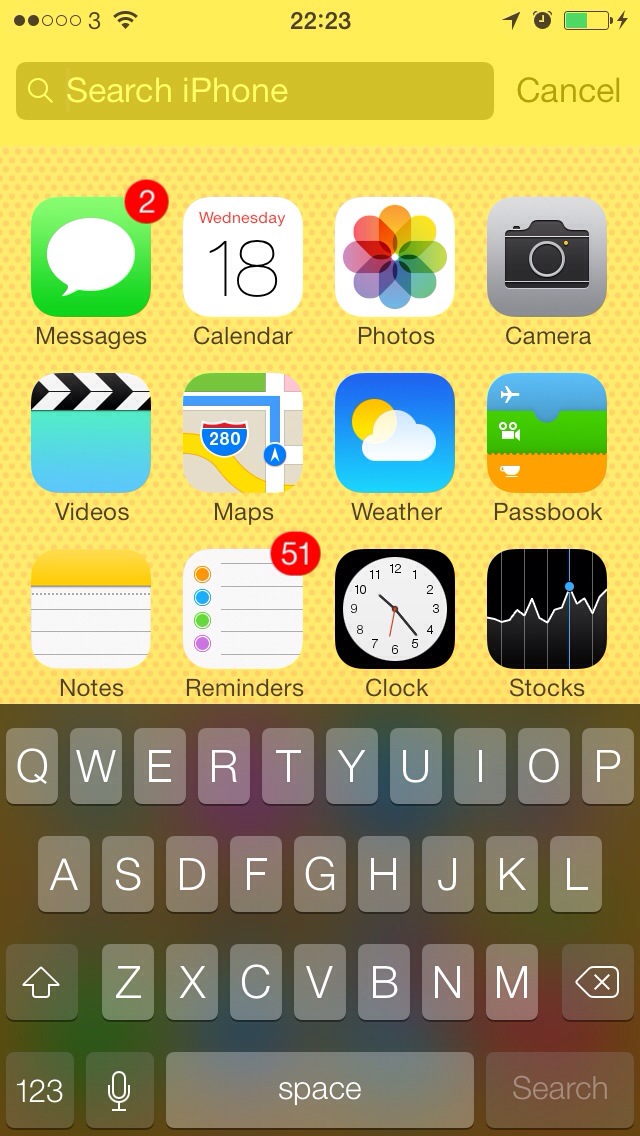 After a week of running the iOS 7 Gm you soon forget about iOS 6 that until you look for spot light.  Remember how you swiped to the left past the home screen to get to spot light?  iOS 7 has changed the spotlight location.

Spotlight is a handy way to search for anything on your iOS device.  To get access to it simple swipe down on any home screen page in the middle of the screen to bring up iOS 7’s spotlight

For the first time, the ironically-named live-streaming service TVCatchup is offering catch-up TV. From later today, the outfit will be baking-in links to the UK’s four major broadcasters’ on-demand platforms to its own service — giving you a choice between watching live TV and binge-watching old shows.

END_OF_DOCUMENT_TOKEN_TO_BE_REPLACED

You can now use the Apple Push Notifications Service to send notifications to your website users, right on their Mac desktop. Let’s hope this doesn’t give rise to a new wave of malware or annoyances from malicious websites.

The Pirate Bay is taking a stand against the increased censorship efforts it faces in several European countries. On its 10th anniversary the infamous BitTorrent site is releasing its “Pirate Browser,” a fully functional web browser that allows people to access The Pirate Bay and other blocked sites just fine. The current release is Windows only but TorrentFreak is informed that Mac and Linux versions will follow soon.

The Pirate Bay is arguably the most censored website on the Internet.

Courts in the UK, the Netherlands, Italy and elsewhere have ordered Internet providers to block subscriber access to the torrent site, and more are expected to follow.

Up until now The Pirate Bay has encouraged users affected by the blackout to use proxy sites. However, on its 10th anniversary they are now releasing a special “PirateBrowser” which effectively bypasses any ISP blockade.

“It’s a simple one-click browser that circumvents censorship and blockades and makes the site instantly available and accessible. No bundled ad-ware, toolbars or other crap, just a Pre-configured Firefox browser,” The Pirate Bay explains.

The browser is based on Firefox 23 bundled with a Tor client and some proxy configurations to speed up loading. It is meant purely as a tool to circumvent censorship and unlike the Tor browser it doesn’t provide any anonymity for its users.

“This browser is just to circumvent censorship, to remove limits on accessing sites governments don’t want you to know about,” The Pirate Bay notes.

PirateBrowser works like any other web browser and comes pre-loaded with several bookmarks for blocked sites, which aside from The Pirate Bay includes EZTV, KickassTorrents, Bitsnoop and H33T.

The browser also lists the alternative .onion addresses for both TPB and EZTV as backups to access these sites.

The Pirate Bay is not alone in its efforts to keep the Internet open and accessible. The Obama administration has spent millions of dollars on similar projects allowing citizens of oppressed regimes to access blocked websites, albeit for different reasons.

The Pirate Bay team informs TorrentFreak that “PirateBrowser” is just the first step in their efforts to fight web censorship. They are also working on a special BitTorrent-powered browser, which lets users store and distribute The Pirate Bay and other websites on their own.

In theory, this will allow sites to exist and update even without having a public facing website. As a result, it will be virtually impossible to block or shut them down. The first version of this new software is currently being tested but there is currently no firm launch date. More on that later.

In the meantime, the development of PirateBrowser will also continue. The current release is only available for the Windows platform but Mac and Linux versions will follow in the future. 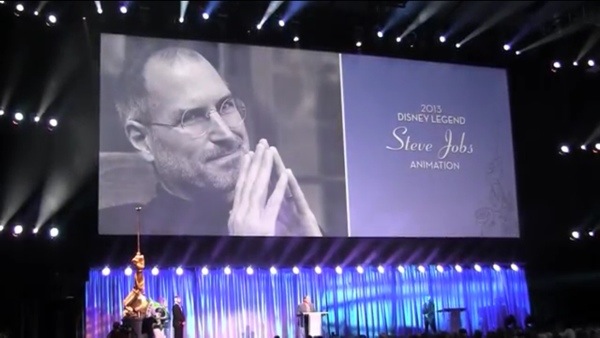 The Disney Legends Award is presented annually to a person who has left a significant impact on The Walt Disney Corporation. This year, the late Steve Jobs received the honor, and last night John Lasseter accepted the award on Jobs’ behalf at the D23 Expo. Lasseter is the Chief Creative Officer at Pixar, a studio Jobs co-founded, and Walt Disney Animation Studios. He created Toy Story and is arguably the most influential and iconic storyteller in the history of animation.

END_OF_DOCUMENT_TOKEN_TO_BE_REPLACED 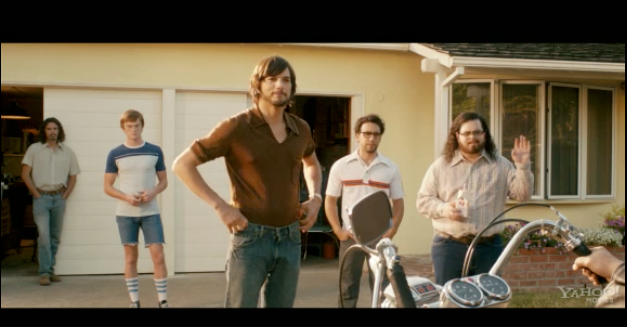 An official trailer for jOBS the movie is out now on Yahoo.  Well worth a watch.  Will the movie be called ‘jOBS’ or Steve Jobs I wonder?  Check out the full theatrical trailer over at yahoo. 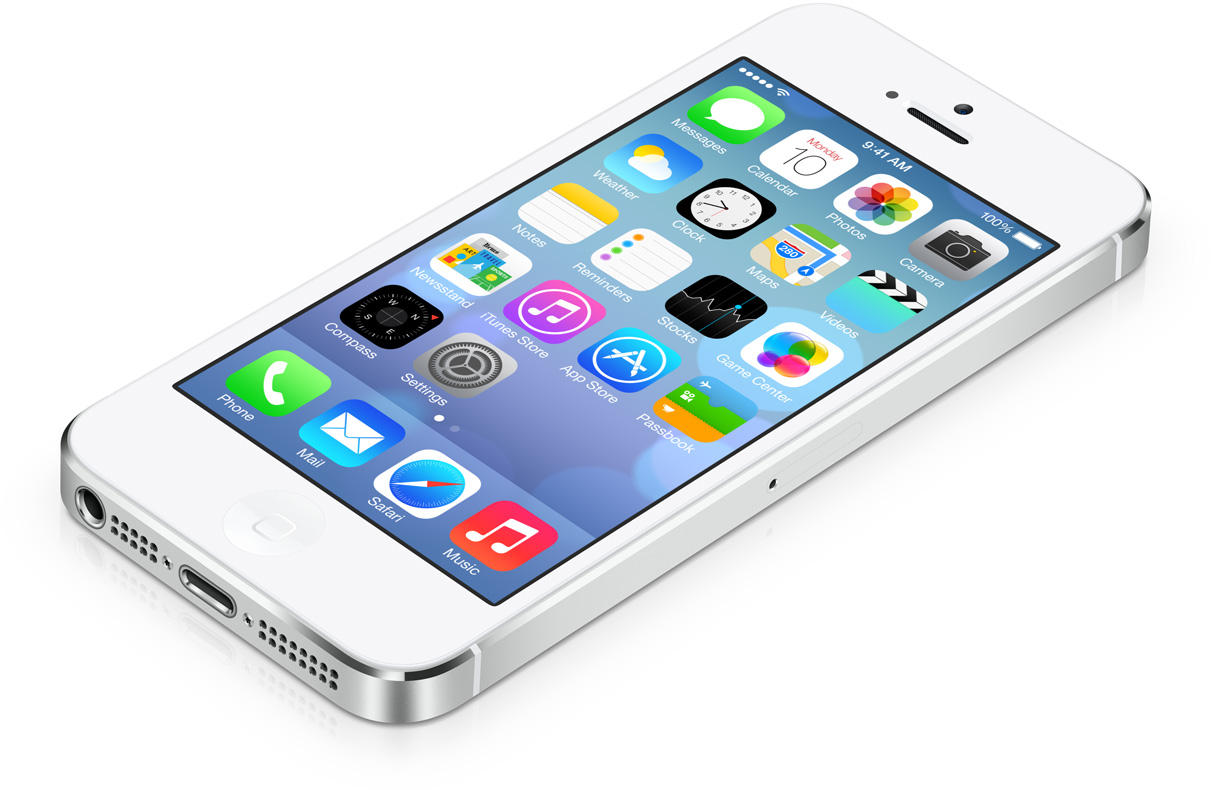 iOS 7 is simply unbelievable, it’s just simply gorgeous from the typography on the lock screen to the vitality of the background is used. The home screen icons have had a complete makeover making them more simplistic but not insultingly so.  Perhaps harking back to an era of aqua interfaces which has now evolved<

END_OF_DOCUMENT_TOKEN_TO_BE_REPLACED 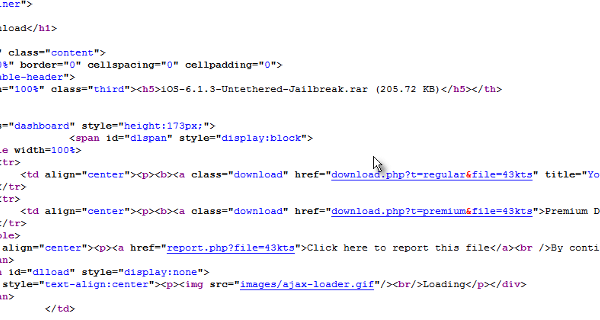 Another fake iOS 6.1.3 jailbreak site has popped up this time in the guise of alphajailbreak.com. It’s a one site website that’ll take you through to fileice.net where you’ll need to part with money to download a small 256k program. The source code says it all.

END_OF_DOCUMENT_TOKEN_TO_BE_REPLACED 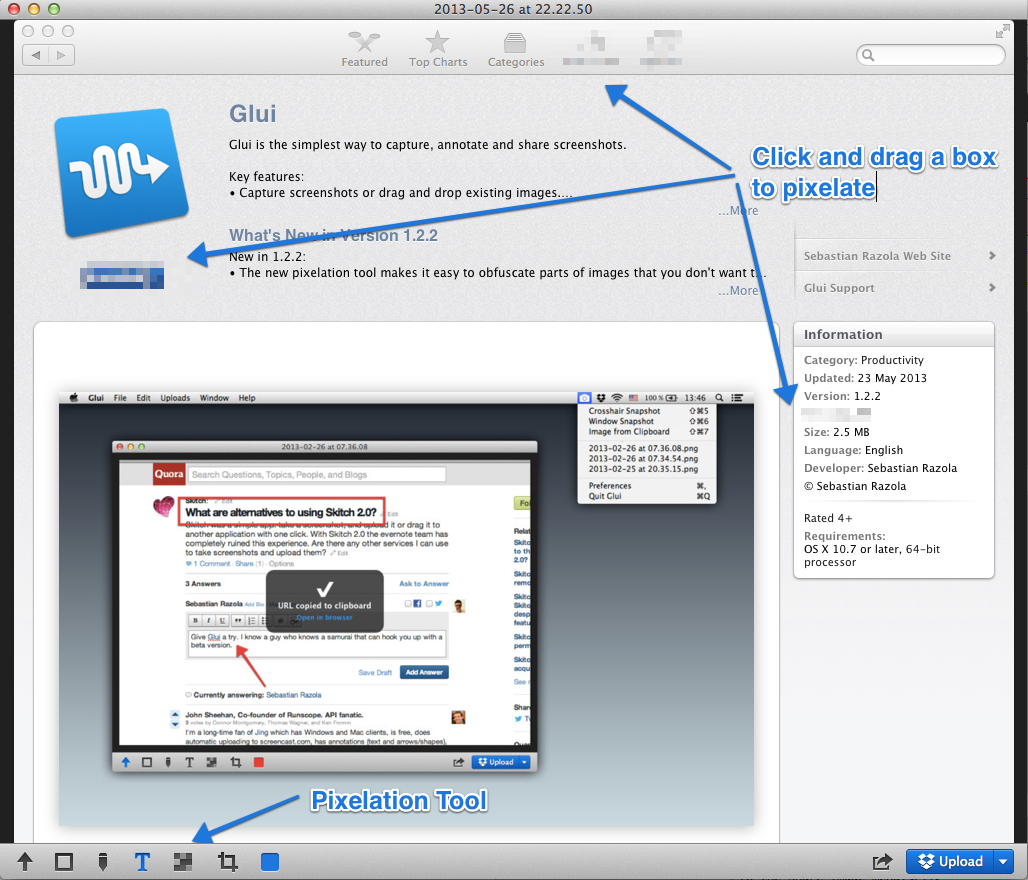 Glui is our go to app for screen capturing, annotating and grabbing a window with a simple click. version 1.2.2 comes with a new pixelation tool to hide information you don’t want to share.

END_OF_DOCUMENT_TOKEN_TO_BE_REPLACED 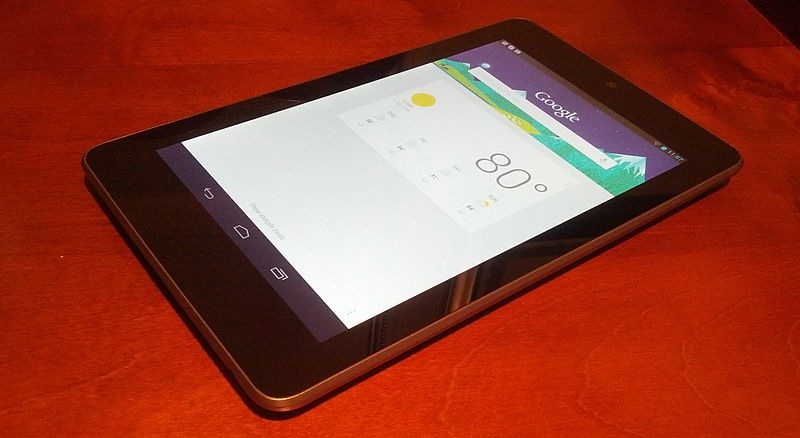 Look out Siri, there’s a new smartphone assistant in town. Google launched Google Now for iPhone and iPad users on April 30. Available for Android devices for nearly a year, the new iOS version of Google Now is aimed at competing with Apple’s Siri talking assistant application. But initial reports are mixed as far as what the launch of Google Now means for millions of smartphone users worldwide. Google’s entrance into this market offers features not found on Siri and is certain to be a game changer.

What is Google Now?

Google Now is a new voice-activated intelligent personal assistant application developed for smartphones with Android and iOS operating systems. Google Now anticipates users’ needs based on their previous Web activity, location and other personal information. For instance, if a user asks if she needs a jacket, Google Now will give the weather report in her part of the world. If the user asks the cast of a current movie, the program will also tell them where the movie is playing nearby. The application is proactive. Google Now will alert a user when they should leave the office for an appointment or flight based on the weather, airport delays and traffic.

Named the “Innovation of the Year” in 2012 by Popular Science magazine, Google Now seems to be living up to the hype surrounding its launch. The magazine called Siri “outdated” compared to Google Now. The major difference is that, unlike Siri, Google Now provides both active and passive responses. It answers direct questions audibly, while displaying related information on the screen. So, instead of having to ask Siri about Windows server web hosting and other computer needs, Google Now can anticipate your wanting that information based on several factors.

Google Now is not likely to make Siri totally obsolete. An article in USA Today suggested that Google Now is best used as a supplement to Siri, not a replacement. Siri is the superior voice assistant application, but Google Now’s anticipation of your requests makes it useful and intriguing, according to the article. They prefer Siri because she answers every request, even if only to seek clarification, whereas Google Now will often remain silent.

One potential mark against Google Now revolves around privacy issues. Compared to Siri, Google Now requires that you share a good amount of personal information so that the application can anticipate your requests based on past browsing, your age, location, job, interests etc. Not everyone is comfortable with that level of disclosure. Google Now’s performance is only as good as the information the app receives from you.

The Future of Google Now

Google Now is headed toward a desktop near you, according to CNET.com. There are indications within the Google Now code that it is being considered as a replacement for iGoogle, Google’s customized home page. However, no announcement to that effect has been made by Google. We’ll just have to wait and see. 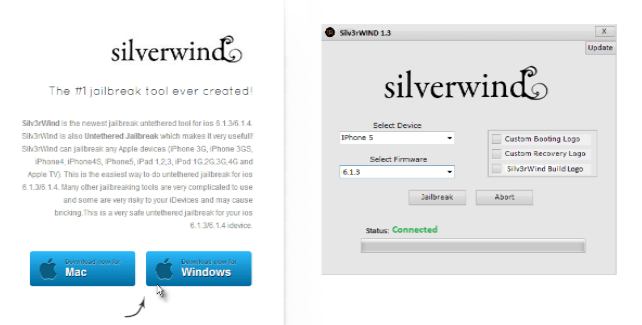 Missed the window to upgrade to iOS 6.1.2 which was still jailbreak friendly? A quick google for a jailbreak for iOS 6.1.4 brought up a site called Silverwind or silv3rwind so I decided to research this to see if it’s a legitimate Jailbreak for an iPhone 5

END_OF_DOCUMENT_TOKEN_TO_BE_REPLACED 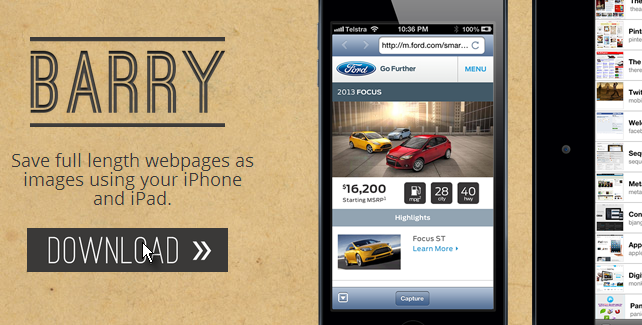 Barry lets you take full length screenshots of web pages in our built-in mobile browser and export them as an image to your Mac/Dropbox or any other app. This is much more than just a screenshot using the “home button + power button” combo. Source: Barry – Webpage Screenshot for iOS It’ll set you back 69p